Old Hickory, Tennessee was a lot like other company towns of the 1920’s South. The village was built and owned by the areas sole employer, E.I. DuPont Nemours & Company.

The quest for excellent golf lead R.F. "Bob" Rives, Ky Williams, Frank Ernst, Bob Megee, Laird Stabler and Tom Evans of the DuPont community, to visit "Boss" Robinson, who was living in the Bondurant house at the time. "Boss" Robinson granted permission for The DuPont Men to layout the golf course.

The Men hired Belle Meade golf pro, George Livingstone, to design the course. Early greens were built of sand over sprayed with cottonseed oil to impart a solid putting surface. The original club opened with just 6 holes, but expanded to 18 holes in the summer of 1941. Even today, Livingstone's handiwork is discernible at different points throughout the course.

Many great athletes have history planted in The Club including Golf Pro Harold Eller and Charles H. Alexander (Pro Alex). Harold Eller was the golf pro at Old Hickory Country Club from 1945-1979 and we host a Pro-Am tournament annually in his memory 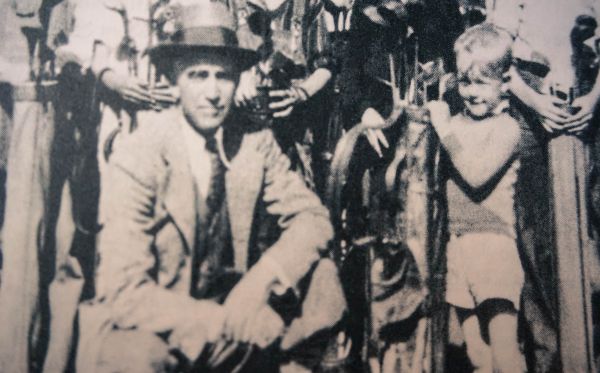